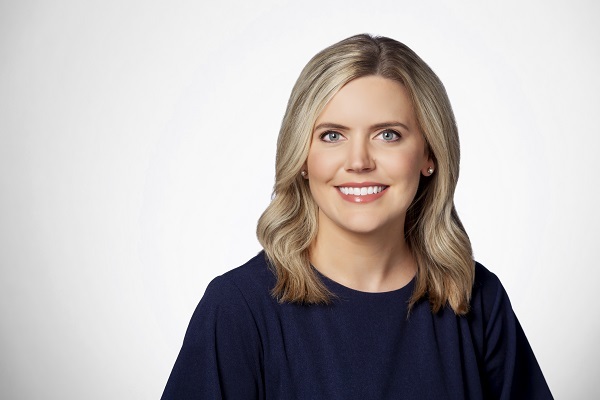 Born and raised in Fort Worth, TX, her family would later relocate to Hinsdale, IL, a western suburb of Chicago during her middle school and high school years. Haley attended Hinsdale Central High School.

Haley earned her B.A. in Communication from the University of Oklahoma. During her time at OU, Haley was involved in President’s Leadership Class, Communication Student Advisory Committee, OU Panhellenic, and her sorority, Kappa Kappa Gamma.

Before joining the Firm, she spent four seasons with the Oklahoma City Thunder as a Guest Relations Assistant in the corporate office.

Haley resides in Edmond, OK and enjoys spending time with her husband Braden and their dog, Lily. She also enjoys traveling, going to concerts, and attending OU, Thunder and Chicago Cubs games. Haley is an active member of the Junior League of Oklahoma City which has allowed her to volunteer regularly with several local nonprofits including Pivot and Infant Crisis Services.